Recently, major companies' mid-year financial reports and quarterly financial reports have been released. The "slipping" and "loss" have become the main theme, and people feel the "winter" taste in Futian.
Just last week, Tesla reported a net loss of $400 million after the announcement of the second-quarter earnings. As a result of the opening, it collapsed directly, and the market value of the overnight evaporation was 46 billion. In fact, it is not the first time that it has "fallen into the altar" this year. Since the beginning of this year, Tesla has been deeply skeptical. The super-factory with the industry's top technology level, the advanced "American marketing" and the "real iron man" boss are in the very "sunrise" electric car industry. Why has Tesla been unable to get rid of the nightmare of loss?
1.png
Low gross profit margin, reduced production, price adjustment... Tesla can’t sell
According to the financial report released by Tesla, in the second quarter, Tesla's total delivery of electric vehicles was 95,356 units, with a total output of 870,48 units. These two figures broke the 91,000 deliveries created in the fourth quarter of 2018. With a quarterly record of 86,600 production volumes, sales increased by about 50% compared to the first quarter.
However, in the second quarter of this year, it did not achieve the same profit as the fourth quarter of last year, which is inseparable from the decline in its gross profit margin. In the fourth quarter of 2018, its gross profit margin was “more than 20%” and began to “down to about 20%” in the first quarter of 2019. The second quarter earnings report released by Tesla showed that the gross profit margin of the automotive business was only 18.9. %. Continued lower gross margins have led investors to question Tesla's profitability.
Implementing the specific business, the cost-effective Model 3 as a "sales tool" has always been highly anticipated by Tesla. Although at the Tesla 2019 shareholders meeting, Musk said: "Our supply is still unable to meet the current demand, Model S/X/3 quarterly orders exceed the quarterly capacity, 90% of orders are from non- Schedule a user."
However, the data shows that at the end of 2018, Model 3 capacity has reached 7,000 vehicles / week, and in the case of "supply can not meet the demand", the Model 3 capacity in the second quarter of 2019 was only 5579 vehicles / week. Snapped.
And many people speculate that the increase in sales in the second quarter is inseparable from Tesla's price adjustment of Model 3 this year. Just last month, Tesla officially reduced Model 3 from $32,225 to $30,315, but frequent price cuts. It still doesn't help, from the data point of view, it seems that the more Model 3 sells, the more it loses. Hey.
In the case of “supply in short supply”, Tesla's Shanghai plant began to prepare for production, and launched a simplified version of the domestically produced Model 3 with lower cost. Not only that, Tesla has already begun to produce Model Y, a more cost-effective SUV type electric vehicle in Fremont in the second quarter. Hey.
"Insufficient capacity, strong demand" will also reduce production, price adjustment, and new products. This "three-faced face" can be said to be very embarrassing. Tesla's demand bottleneck is now obvious, but there are still many people who believe in domestic Model 3 and new products. Model Y has the ability to turn the tide and help Tesla achieve break-even in the third quarter. What do you think? 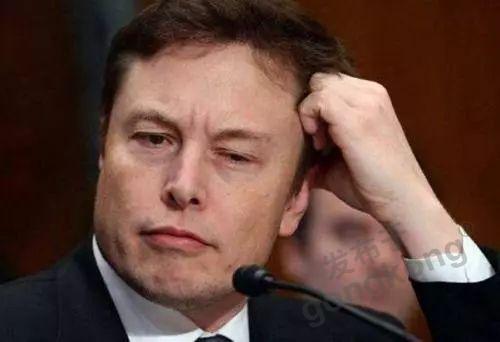 The electric car market is killing
Despite the overall decline in the auto market in 2019, new energy vehicles still maintained rapid growth. According to the Ministry of Industry and Information Technology, from January to June, the production and sales of pure electric vehicles were 493,000 and 490,000 respectively, up 57.3% and 56.6% respectively. .
This market performance can be said to be very "blue ocean", but as we have previously analyzed in the "decline and expansion, new energy vehicle growth can not achieve the automotive industry restructuring", not only a "big family" such as Tesla In the midst of a downturn, even with subsidies and blessings, the domestic BYD and Weilai manufacturers seem to have a bad day.
BYD and Tesla are hard to find in the overall rankings with a 13% share in the second place, but from its June sales, 24,151 units of monthly sales are not worthy of relying on network car shipments Beiqi, BYD's performance is only considered to be unsatisfactory. Similar to Tesla's situation, despite the high-end line products, the current sales are still dependent on entry-level cost-effective models. Therefore, in the fight against the strong rival Model 3, BYD did not take advantage of the sales volume, and the financial report is not expected to look too good. Just last month, BYD joined hands with Toyota to discuss the development of pure electric vehicles and power batteries to further reduce the difficulty and cost of research and development. Future products, including pure electric vehicles with cars and low-profile SUVs, seem to be more with Tesla. Model Y "front open bar".
As a new force, Weilai and other electric vehicle manufacturers seem to have begun to form new "threats" after they have put into mass production. However, “stopping the construction of the factory”, “stopping the first car project”, “stopping the battery rental mode”... Although the parking of the car project was denied by it, the Weilai route did not recover. How many negative news, failed to build a factory in Shanghai like Tesla, but it continues to suffer losses, and currently faces large financial difficulties. What is intriguing is that Weilai Beijing Headquarters, which recently claimed to have a registered capital of 7 billion yuan, has not seen the major shareholders of Yizhuang who promised to invest.
Despite the huge space in China's electric vehicle market, it seems that it is not so easy to eat this cake. How many companies can successfully land after the subsidy advantage has faded?
Panasonic and Tesla blame each other: "Poor couple" Pepsi
"The house leaks all night," and its stock price has continued to fall. In the past few days, Tesla has also fallen into a dispute with its partners. Previously, Panasonic announced the first quarter of 2019 (April to June) report, down 44% compared with the same period last year, Panasonic said: the overseas economic downturn caused the sales of electronic components and other products downturn is sales, net profit The main reason for the year-on-year decline.
However, after the transformation of the lower-profit consumer electronics business, Panasonic, auto parts and factory equipment have long been regarded as the new profit pillar. Therefore, this performance is not good, outside comments have pointed to the decline in Tesla Model 3 sales. This Musk counterattack said: The delay of Model 3 car production is all because Panasonic deliberately reduced production capacity, limiting the assembly of Model 3! The mutual accusations of both sides have been further upgraded.
2.jpg
Since 2014, Tesla and Panasonic announced the first cooperation "super factory". The two sides have been holding hands for five years. The original plan is to produce 3.5 billion watts of batteries per year by 2020, which can power about 400,000 Model 3. Nowadays, the days of this wonderful promise are getting closer and closer, and the two sides are fascinated by the gap.
In early April, Panasonic suddenly issued a statement: Due to concerns about the profitability of Tesla Motors, Tesla and Panasonic are freezing the expansion plan to expand production capacity to more than 3.5 billion watts. Obviously, the statement revealed Panasonic’s concerns about Tesla and even dissatisfaction.
Musk has not been idle, and has repeatedly complained on different occasions: the supply of batteries has affected the production and sales of their electric vehicles and energy storage systems. The Panasonic plant operates only with two-thirds of the load, severely limiting The assembly of Model 3.
Moreover, the rumors of the two privately-owned "other new loves" are also continuous: "Tesla, Ningde era and LG Chem consider building a battery factory in Indonesia", where "Panasonic has begun to seek cooperation with Toyota, two The company plans to establish a joint venture to build a battery for electric vehicles in 2020. "There is a sense that "the husband and wife are the same birds, and they fly at a difficult time."
In fact, the Tesla storm is only a microcosm of "making a cold winter". The "sunrise industry" giant is still not easy to survive. The decline of the car and 3C industries, which are seriously declining, is a greater blow to many equipment and solution providers.
"PTC's share price plunged 20% after the release of the performance report" and "Siemens' 2019 fiscal year third-quarter profit fell 12%"... The industry giants who successively released the semi-annual report seem to be affected by the "manufacturing winter" to varying degrees. Although there is no shortage of growth indicators such as Schneider Electric, compared with the beginning of the year, the degree of downturn in the manufacturing market is undoubtedly more serious. As a result, the enterprises with their own problems will intensify the contradictions, and the chain effect will also spread. More companies in the upstream and downstream of the industrial chain.
Then the question is coming: Will the world be another scene after this winter?